TUDOR introduces a unique new version to its repertoire, the popular Black Bay Fifty-Eight in 925 Silver. Its name is a reference to the precious metal used in its case, and also to 1958, the year in which the first TUDOR divers’ watch, reference 7924 (“Big Crown”), was introduced.

Among other aesthetic nods to the TUDOR divers’ watches of old, this new reiteration comes in a 39mm case, in keeping with the characteristic proportions of the 1950s. Ideal for slim wrists, vintage enthusiasts and those who like objects with a difference, the Black Bay Fifty-Eight 925 is also the first TUDOR divers’ watch to be made in silver and to offer an open case back. 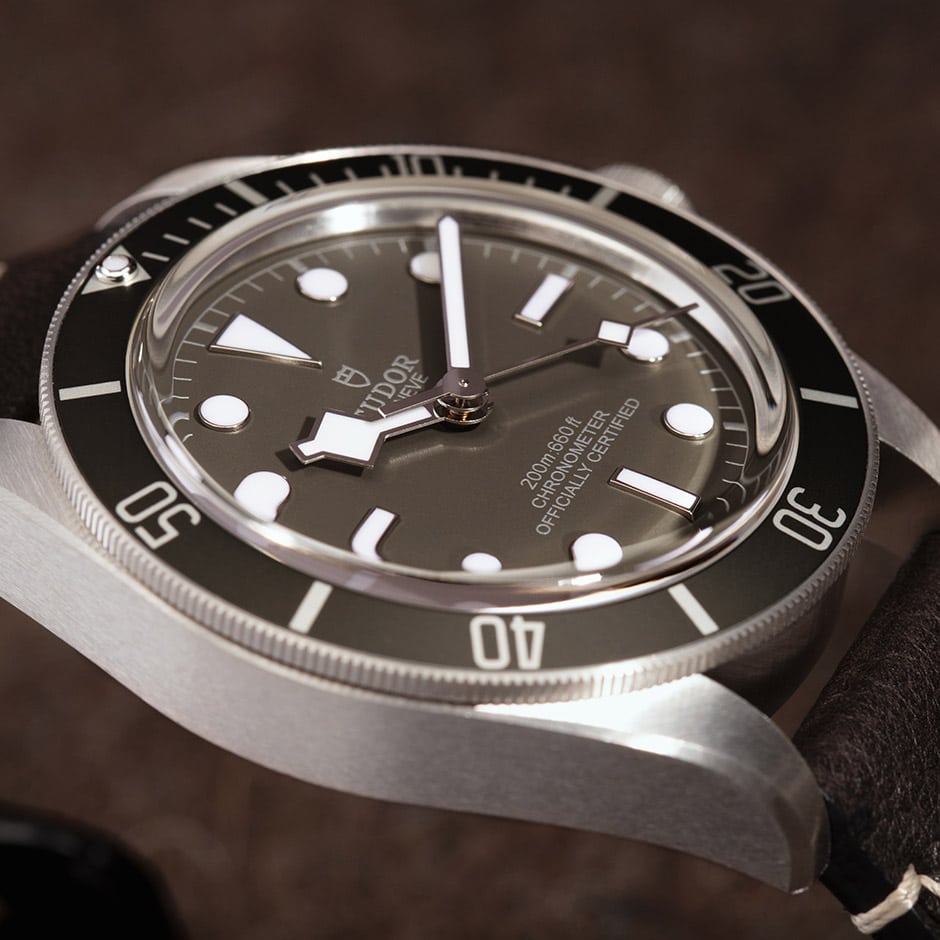 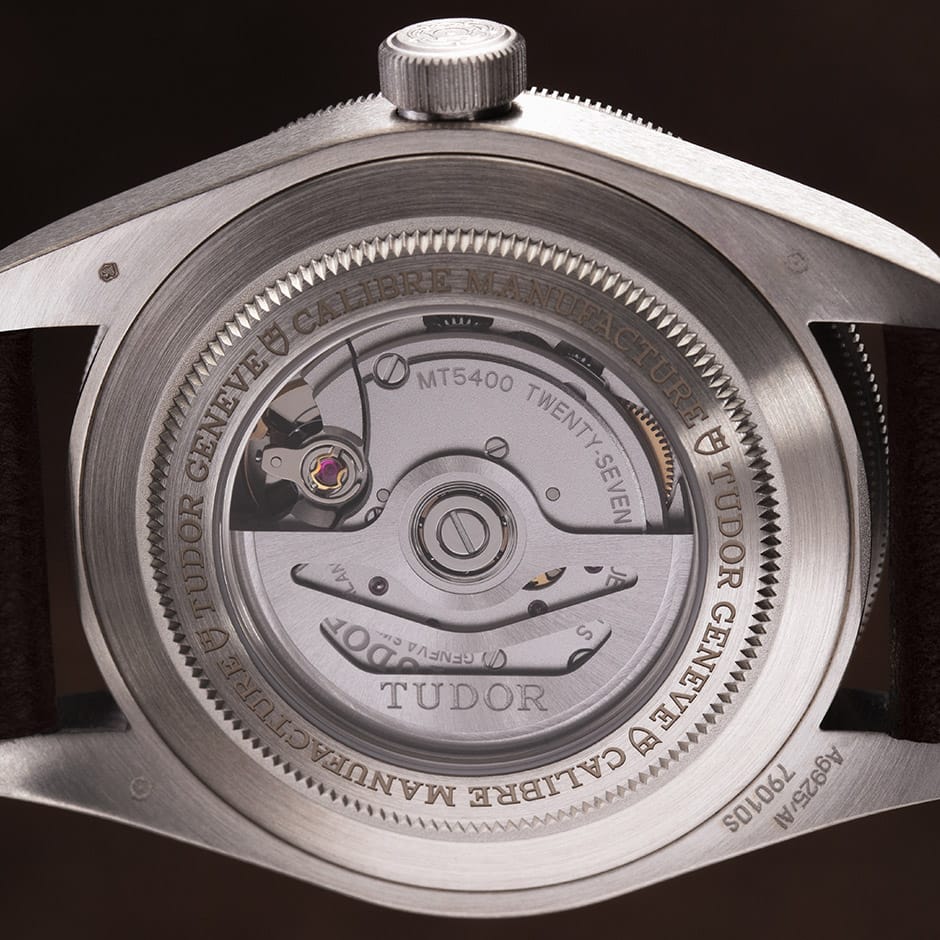 The use of 925 silver is a first for a TUDOR divers’ watch, and the composition of the chosen alloy is a secret that the brand keeps close to its chest. Entirely satin-finished for a matt effect, it possesses an unexpected incandescent brilliance which is further accentuated by its taupe dial and matching bezel insert. Its open case back also allows for an appreciation of its Manufacture MT5400 Calibre. The Black Bay Fifty-Eight 925 is a marriage between a precious object and the quintessential TUDOR tool-watch. 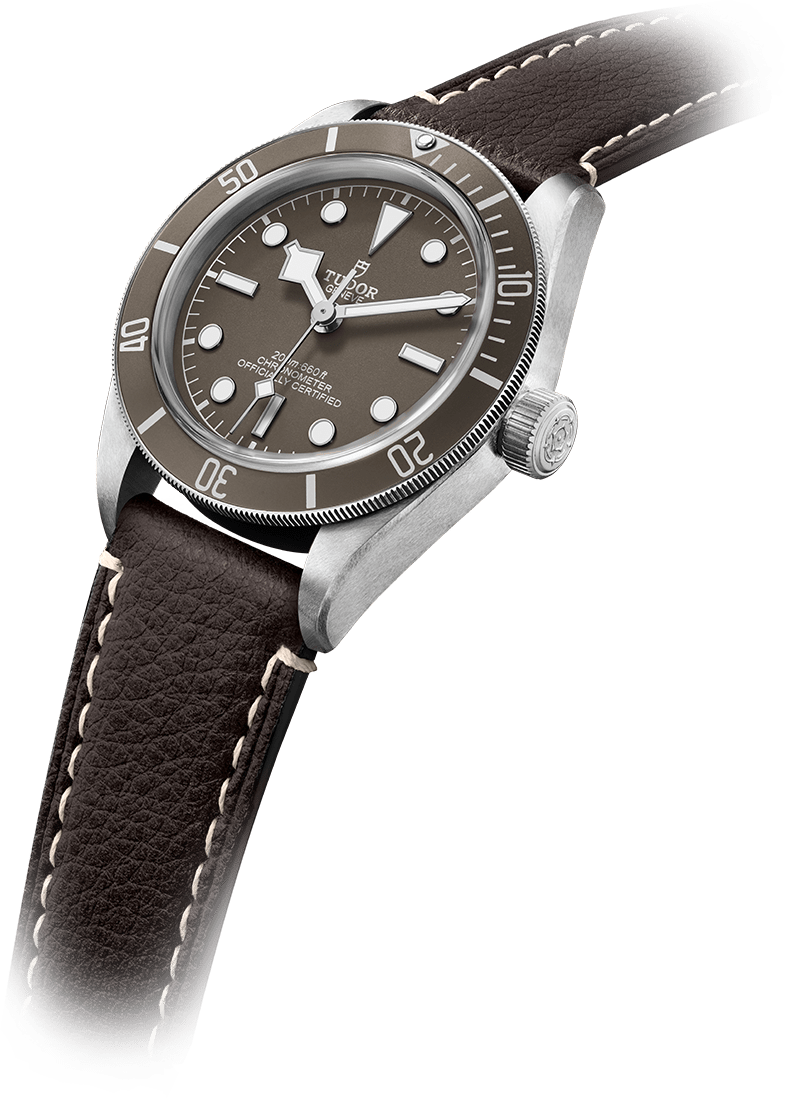 The Essence Of Black Bay

Like other models in the Black Bay range, the Black Bay Fifty-Eight 925 has adopted TUDOR’s characteristic angular “Snowflake” hands that first appeared in the brand’s 1969 catalogue. A subtle blend of traditional aesthetics and contemporary watchmaking, the Black Bay line is far from being a classic re-release. Resolutely anchored in the present, it brings together almost seven decades of TUDOR divers’ watches. Whilst it is neo-vintage in conception, its manufacturing techniques and its robustness, reliability, durability and precision as well as the quality of its finish are above modern industry standards.

With a 70-hour power reserve, a silicon balance spring and Official Swiss Chronometer Testing Institute (COSC) certification, the Manufacture Calibre MT5400 that drives the Black Bay Fifty-Eight 925 presents extraordinary robustness and reliability, with a -2 +4 seconds’ variation in its daily run rate on a fully assembled watch. With TUDOR’s confidence on quality assurance, a five-year guarantee applies on all its products sold after January 1st 2020.

Numerous silver details add the finishing touches to this model’s delicate face, especially the famous “Snowflake” hands, one of TUDOR’s hallmarks since 1969.

The subtle brilliance of the Black Bay Fifty-Eight 925’s silver case is accentuated by its dial, which is taupe in colour, and its matching bezel insert. 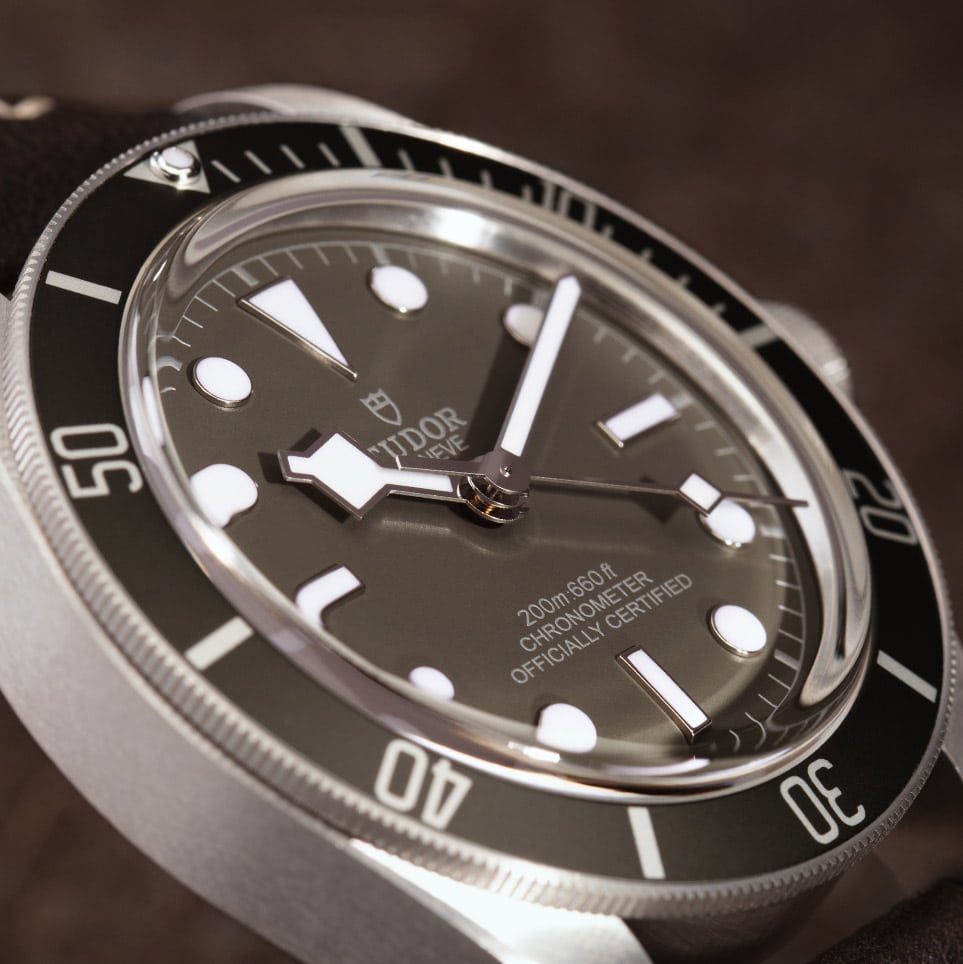 The Black Bay Fifty-Eight 925 comes with a choice of a brown grain leather strap or a taupe fabric strap with silver band, with a 925 silver buckle.

* All prices are Tudor’s suggested retail price inclusive of prevailing SST. Tudor Watch reserves the right to modify the prices and models on this website at any time.

On our website, we use services (including from third-party providers) that help us to improve our online presence. The following categories of cookies are used by us and can be managed in the cookie settings. We need your consent before being able to use these services. Alternatively, you may click to refuse to consent, or access more detailed information and change your preferences before consenting. Your preferences will apply to this website only. You can change your preferences at any time by returning to this site or visit our privacy policy.

By authorizing third-party services, you allow the placement and the reading of cookies and the use of tracking technologies required to keep our website reliable and secure.
DECLINE ALLMORE OPTIONSACCEPT ALL
Manage consent

This website uses cookies to improve your experience while you navigate through the website. Out of these, the cookies that are categorized as necessary are stored on your browser as they are essential for the working of basic functionalities of the website. We also use third-party cookies that help us analyze and understand how you use this website. These cookies will be stored in your browser only with your consent. You also have the option to opt-out of these cookies. But opting out of some of these cookies may affect your browsing experience.
Essential Always Enabled
Essential cookies are absolutely necessary for the website to function properly. These cookies ensure basic functionalities and security features of the website, anonymously.
Analytics and statistics
Analytical and statistics cookies are used to understand how visitors interact with the website. These cookies help provide information on metrics the number of visitors, bounce rate, traffic source, etc.
SAVE & ACCEPT
Powered by